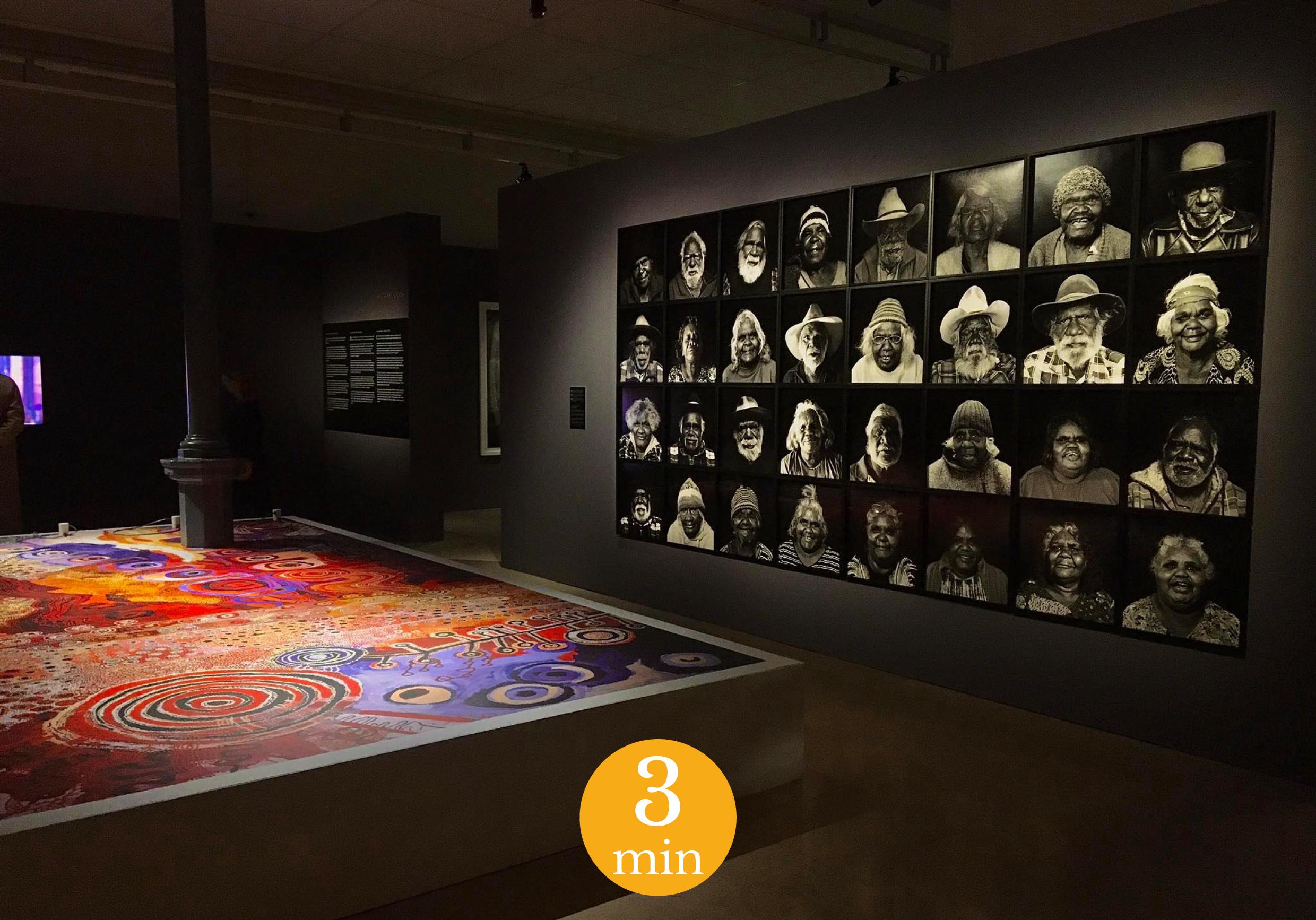 It also comes shortly after the presentation at the Centre Pompidou in Paris (CNAC) of Elles font l'abstraction, during which a meter-high and long canvas made by the women of the APY Art Centre Collective lands in South Australia was exhibited. Before Time Began, at the Art & History Museum in Brussels, presents its equally monumental counterpart made by the men of the APY Art Centre Collective.

The exhibition is organized with the help of the Opale Foundation in Lens, Switzerland, which holds the largest collection of its kind in Europe. The ensemble presented is partly from the collection assembled by Bérangère Primat for the Foundation, and another part is from the Arnaud Serval collection in Australia.

Following an overview of the history of recognition of Aboriginal human rights and those related to their land, Before Time Began provides a brief portrait of the core culture prior to its first contact with settlers through objects related to the ancient nomadic nature of the communities, such as thrusters, boomerangs, clubs, and ornate shields. In this first part, the exhibition reminds everyone how difficult and late the recognition of the Australian Aborigines has been, and how essential it is to know and respect the culture and the rights of the first inhabitants of the continent.

After this short first part, a change occurs in the scenography at the beginning of the next space. The exhibition swaps its white coat for a dark background, able to highlight the vivid colors that can be seen further on, a few meters away, as modern painting bursts onto the canvases after the elegant and sophisticated moderation of the ochre-tinted painted barks. 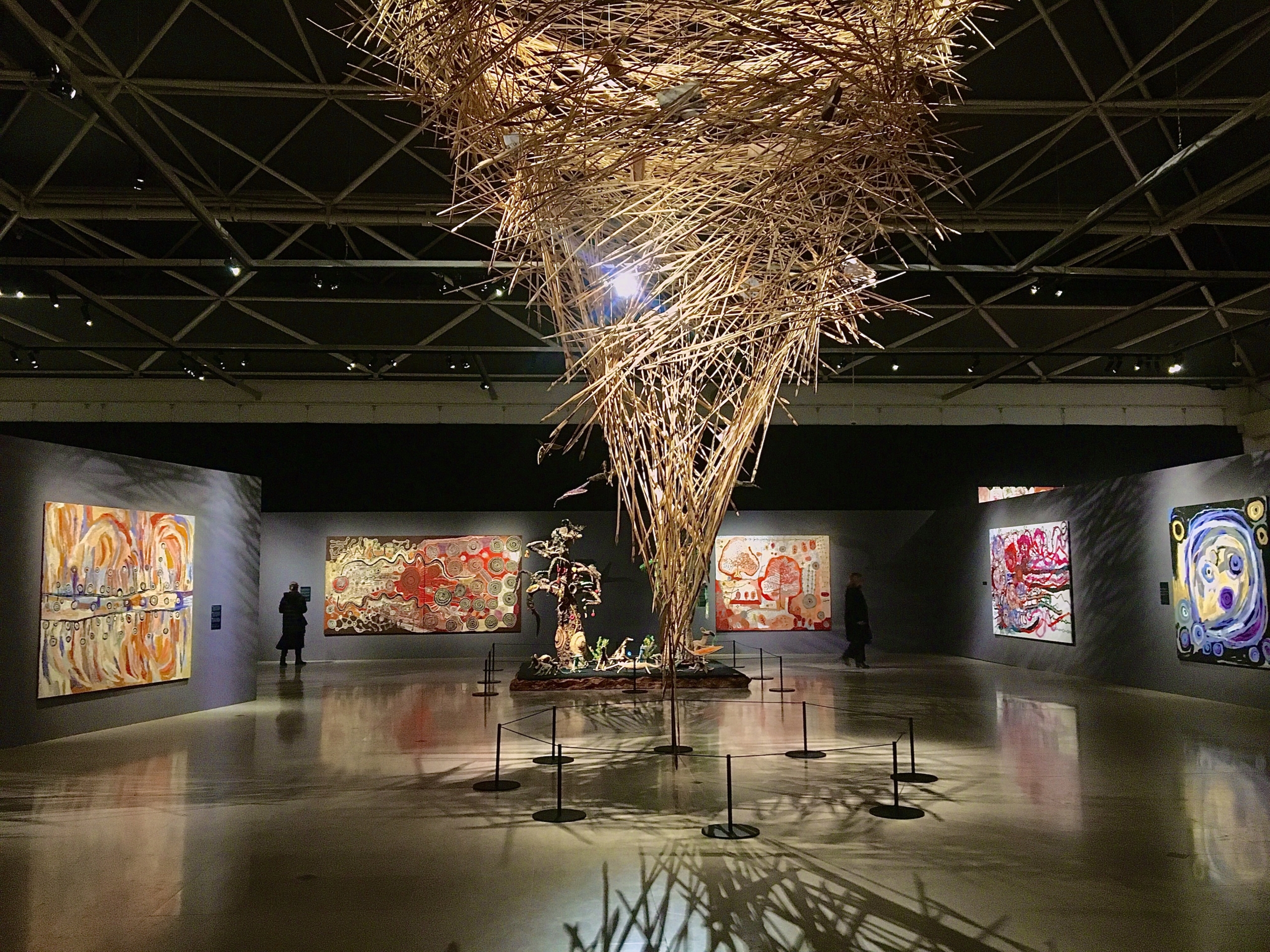 The scenography of the largest room of the exhibition is structured around the monumental work Kulata Tjuta - Kupi kupi / Many Spears - Wind Whirlwind, consisting of 1500 spears and other carved wooden tools. The objects appear floating, and cleverly organized in a whirlpool that seems to rise from the ground. Whispers and echoes of voices from the top reach the visitor, and follow them throughout the exhibition, which focuses on modern and contemporary painting. This work, whose powerful impression on all who find themselves in its presence is almost impossible to describe, was created by several dozen artists from the APY country for the Opal Foundation. Frank Young, one of the Pitjanjara-speaking Amata artists involved in its creation, describes it this way: "This story tells of the great wind of change that came with the arrival of the white man on our land." 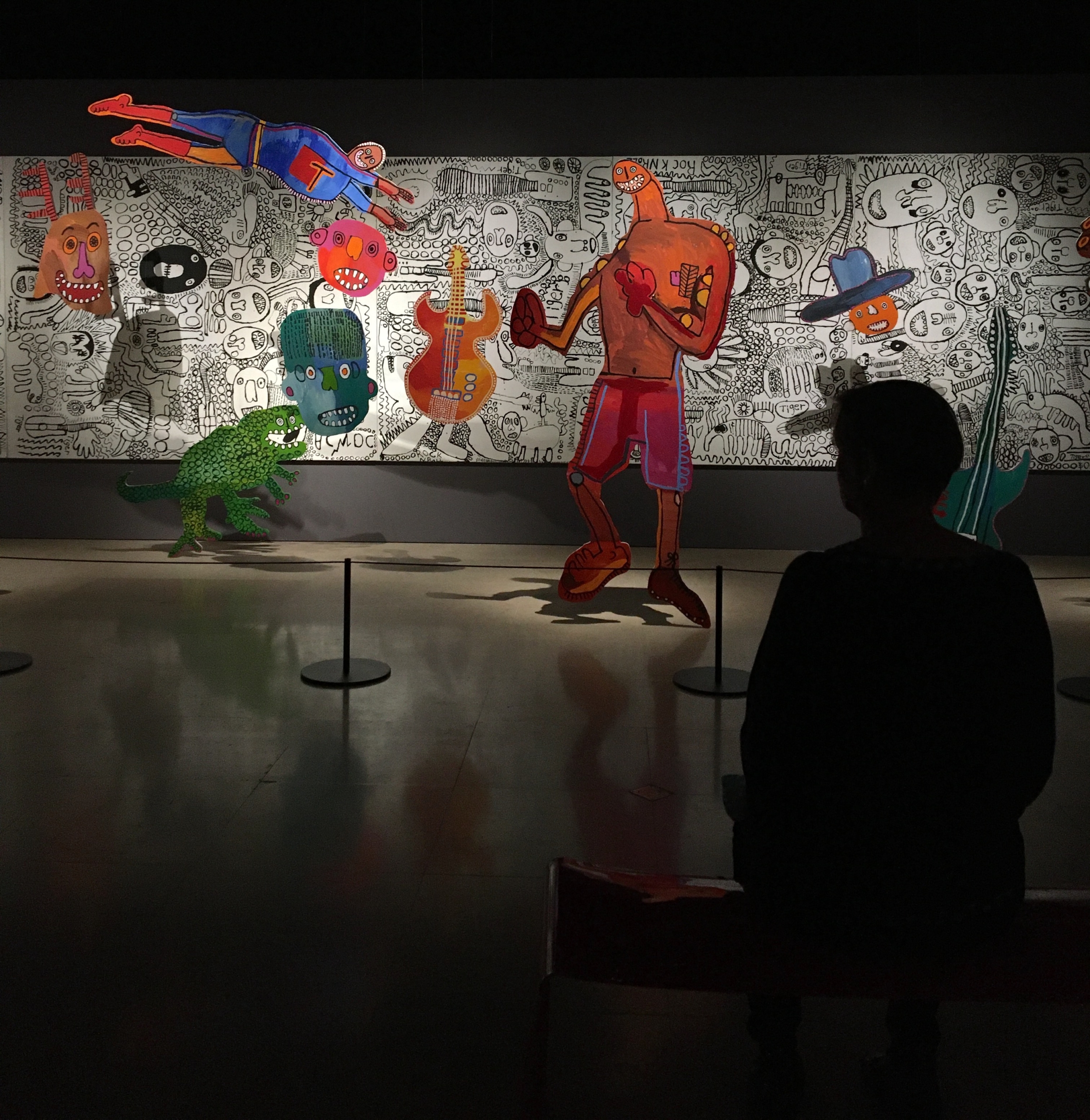 Among the best known names are Emily Kame Kngwarreye, Clifford Possum Tjapaltjarri and Rover Thomas Joolama, but the exhibition also features artists whose work is less frequently shown to the Belgian and French public but who deserve to be way more. Among them, Tiger Yaltangki draws his inspiration from the meeting in his inner self of pop culture and the ancient imagination linked to ancestral traditions, in an explosive and surprising result that takes shape in the work Tigerland, created in 2018. 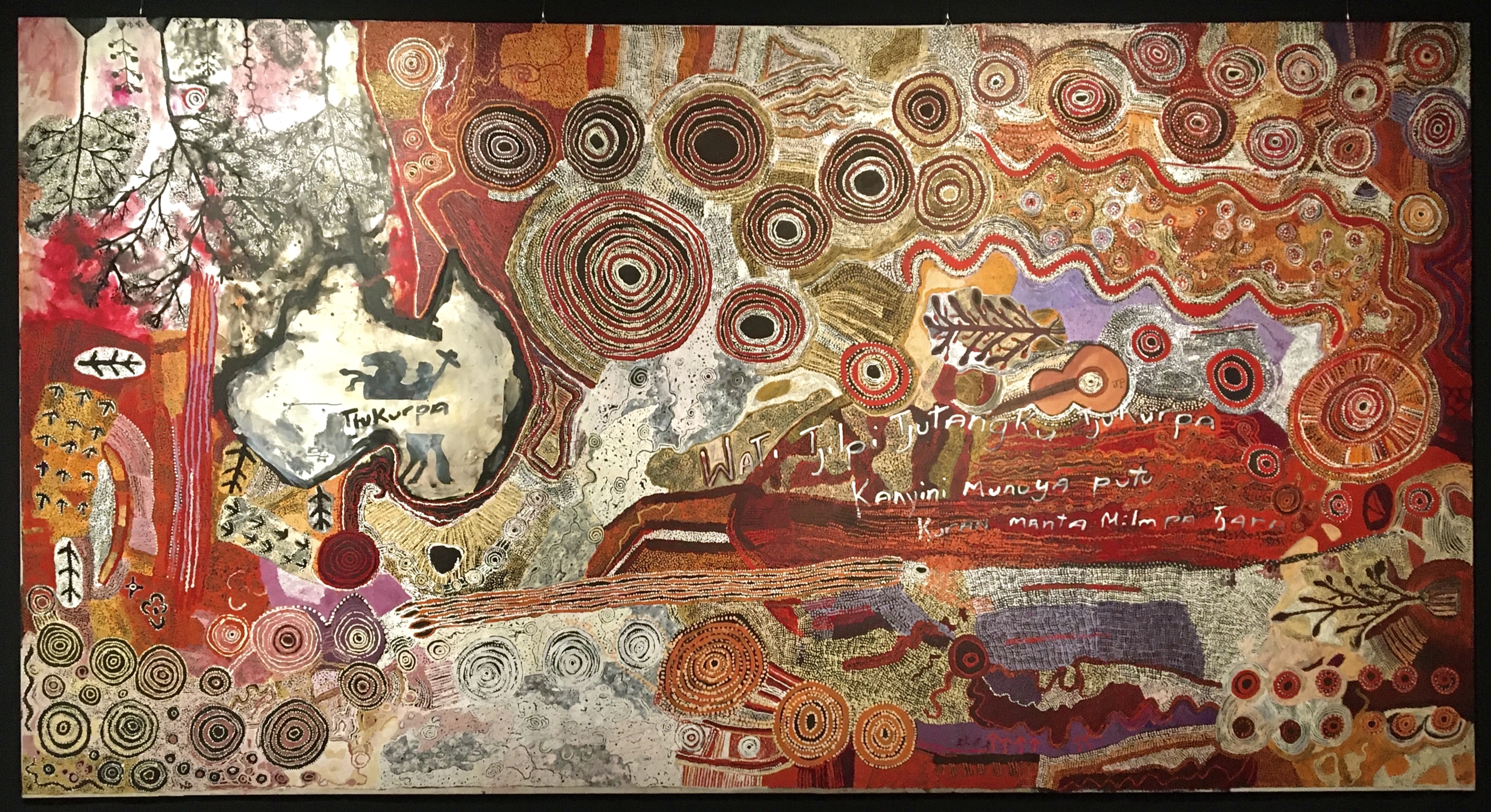 As the exhibition draws to a close, Nganampa Ngura Manta Milmilpatjara / Our Land is Sacred, suddenly appears like a galaxy of warm colors at the end of a hallway and succeeds in grabbing the visitor in flight. This gigantic canvas is the counterpart of the superb Nganampa Mantangka Minyma Tjutaku Tjukurpa Ngaranyi Alatjiitu / Women's Law is Alive in Our Land, which was recently shown at the Centre Pompidou from May to August 2021 for the exhibition Elles font l'abstraction, side by side with Natalia Goncharova, Georgia O'Keeffe and more than a hundred other women artists. These majestic paintings, created in June and September 2018 respectively, are a testament to the continuity of Aboriginal memory and the transmission by older artists of their extensive knowledge to the younger artists who also contributed.

The experience of Before Time Began is intense and superb, and a must-visit for all Aboriginal culture enthusiasts (and everyone else)!

Exhibition presented at the Art & History Museum in Brussels, Belgium, from October 22, 2021 to May 29, 2022.
More information: https://www.brusselsmuseums.be/fr/expositions/before-time-began