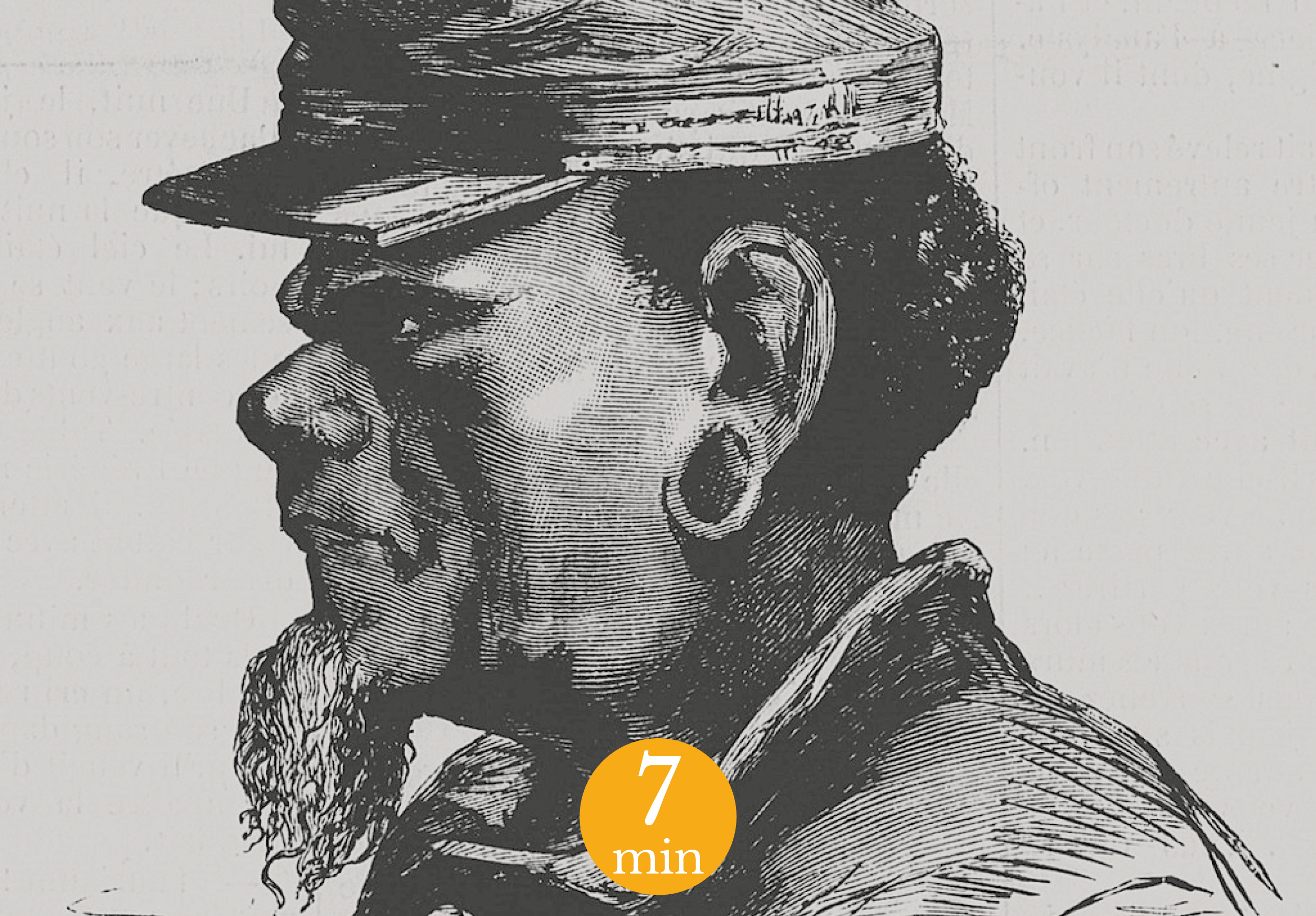 In recent years, public opinion and the media have been seized with the debate on the restitution of objects collected during the colonial period. In November 2021, the restitution by France of 26 objects to the Republic of Benin caused a lot of ink to be spilt. These requests for restitution from formerly colonised countries are part of post-colonial claims and point the finger at illegitimate methods of historical collection of objects. With regard to Oceania, some noteworthy restitutions can be cited, as we previously mentioned in an article on the case of the restitution of the Māori heads (toi moko). Today, we propose to discuss the restitution of the skull of Chief Ataï, an emblematic figure in the history of Kanaky New Caledonia.1

Ataï, an emblematic figure of the 1878 Kanak insurrection

History has retained the name of Ataï for the role he played during the Kanak anti-colonial revolt that took place between June 1878 and March 1879 on the west coast of New Caledonia, between Bouloupari and Poya. The French colonial settlement of the archipelago and the gradual confinement of the Kanak to 'reserves' was never without resistance: the historian Roselène Dousset-Leenhardt identifies twenty-five revolts between the taking of possession of the island in September 1853 and 1878.2 However, the 1878 revolt was unprecedented in terms of its radical nature and scale. Historians estimate that 1000 Kanak were killed, 660 refugees on other territories of Grande Terre and 1200 deported to the Isle of Pines and Belep. On the French side, the figures count 200 victims.3 The pressure on the Kanak people's land holdings - Governor Pritzbuer's decree of March 1876, which tended to delimit the lands granted to the Kanak, had the effect of pushing the populations back to the less fertile mountainous lands - as well as the devastation of the yam and taro crops by the livestock of the Western herds were the reasons for the uprising of the chiefs of the region, of which Ataï was a part. Violent events followed one another and escalated rapidly. Settlers, farms and gendarmes were targeted by the insurgents. The military reprisals were bloody (imprisonment, destruction of villages and crops). Major Gally-Passeboc was killed in an ambush on 3 July 1878, and Chief Ataï was murdered on 1st September 1878 by a Kanak auxiliary from Canala, in the service of the French army,4, along with his sons and his 'sorcerer'.5 Pierre-Just Navarre, a naval doctor in New Caledonia, found himself in possession of the heads of Ataï and his companion.6 He donated it to the Société d'Anthropologie de Paris (SAP) in 1879.

The two heads were presented by Dr Paul Broca himself, founder of the SAP, at a scientific meeting in Paris on 23 October 1879. He had a cast made of Ataï's head, before proceeding with the dismemberment and analysis7 of what now became, in the eyes of French scientists, an anthropological specimen.8 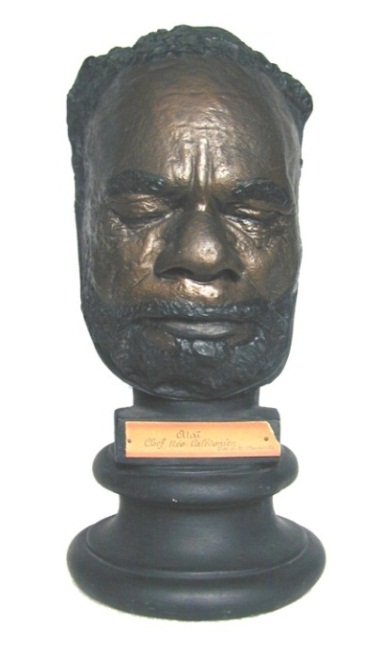 At the time, the SAP's anthropological collections were kept in the buildings of the Faculty of Medicine in Paris. They were brought together with the collections of the Laboratoire d'Anthropologie and the Ecole d'Anthropologie to form, from 1880 onwards, at the death of the anthropologist, the Musée Broca, on the first floor of the Cordeliers building9, rue de l'Ecole de médecine. In 1940, the Faculty of Medicine, faced with a lack of space, asked to get rid of the society's collections. In a hurry, the items were crated and stored in the cellars of the building. In 1951, Henri Vallois, in his capacity as secretary general of the SAP and professor of ethnology at the Musée de l'Homme, proposed transferring the SAP's collections to the Musée de l'Homme, an institution located at the Trocadero and attached to the Muséum national d'Histoire naturelle (MNHN). On 8 May 1951, he obtained the signature of a deposit agreement between the SAP and the museum, and all the collections were moved during 1952. It was under this arrangement that the Ataï skull, which belonged to the SAP, joined the Musée de l'Homme's craniological collection, which was exhibited by geographical provenance10 in the third floor corridor.

In New Caledonia, the memory of Ataï's heroic death is still very much alive. In the 1960s and 1970s, the figure was taken up as a symbol of the Kanak resistance, within the anti-colonial movements of the "Foulards rouges" and the "Groupe 1878", as well as in the speeches of the independence leader Jean-Marie Tjibaou in the 1980s. With no news of the peregrinations of the relics of their ancestor, through Parisian cultural institutions (which are careful not to shout them from the rooftops), they are thought to have disappeared. The publication of Didier Daeninckx's Cannibales11 (1998) and Le Retour d'Ataï (2001) in 1998 and 2001, respectively, contributed to this mystery, with the novelist portraying the character of Gocéné, who travels to France to investigate the disappearance of his ancestor's head.

Although requests for the restitution of Ataï's head were made as early as the 1990s, the first official letter from the Customary Senate to find a real echo dates from 7 November 2003.12 It requests, on the basis of Article 1.3.2 of the Nouméa Accords (1988)13, the location and restitution of Ataï's skull.

From the rediscovery of Ataï to the restitution

Things began to change in May 2011, when Guillaume Fontanieu, a young law researcher on an internship at the MNHN, working on the problems of conserving human remains in cultural institutions, decided to contact Didier Daeninckx, in agreement with Philippe Mennecier, the museum's curator. Daeninckx informed his contacts in New Caledonia, who were quick to relay the information to Samuel Gromindo, vice-president of the Customary Senate. The news spread quickly. In New Caledonia, the remains of Ataï were said to have been found. Grand Chief Bergé Kawa, who claims to be a descendant of the hero, reiterated an official request to the President of the Republic Nicolas Sarkozy on 22 July 2011.

The SAP Board of Directors on 22 January 2012 took into consideration the official request of Chief Bergé Kawa, which received unanimous approval. But immediately, the difficulties linked to the implementation of this restitution are raised by the members of the board. However, as an association under the law of 1901, and therefore a legal entity under private law, the SAP could have returned the remains by simply ensuring compliance with the regulations relating to the transport of remains. Indeed, the skull of Ataï and that of his companion, both part of the SAP collections, on deposit only at the MNHN, escape the regime of public domaniality which subjects national collections to the principle of inalienability.15 But this did not happen. The SAP wished to remain on the sidelines in the process of this highly publicised restitution, for fear of attracting controversy around their historical collections and probably seeing similar requests pouring in.

The modalities of the restitution were then discussed during working meetings organised between members of the SAP, the MNHN and legal experts. This resulted in two motions, which were presented and unanimously approved by the SAP Board of Directors on 29 January 2014. The first one proposes the following: SAP renounces the ownership of the Ataï bone head, which is therefore qualified, according to the French Civil Code, as a "thing without master" (chose sans maître). Under these conditions, it was decided that the restitution would be organised by the Ministry of Overseas France, the MNHN and the Maison de la Nouvelle-Calédonie. A private ceremony took place at the MNHN on the morning of 28 August 2014, during which the official restitution by Mrs George Pau-Langevin, Minister for Overseas France, to the families took place. A public ceremony was then held in the presence of the press, in the large amphitheatre of the Museum. 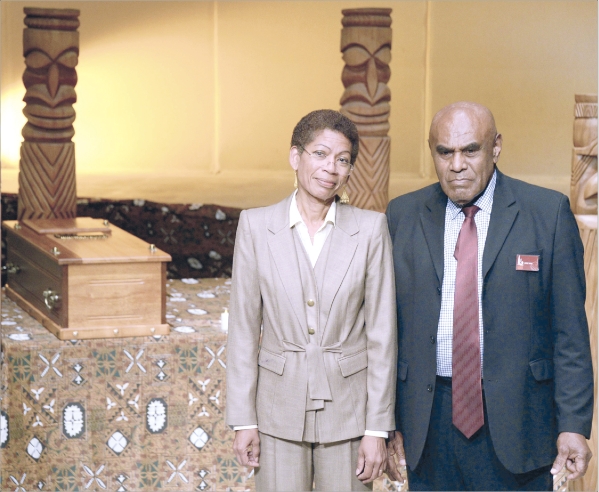 On 1st September 2014, 136 years to the day after the death of the chief and his companion, the remains were received overnight at the Tontouta airport, then transported to the Petit-Couli tribe in Sarraméa (west coast) where the population was able to come and pay their respects. After a year of mourning, the coffins were definitively handed over to the Daweri clan, from which Ataï originated. It was only on 1st September 2021, after a long process of negotiations, that Ataï and his companion were buried on the site of Wereha (Foa region), in a specially erected mausoleum. Eight sculpted posts, representing the eight customary areas and made by sculptors from all over the archipelago, surround the burial vault. This ceremonial day, punctuated by customs, exchanges and speeches, took place under the sign of reconciliation. Encouraged by a sense of duty to remember, the descendants of Ataï, the representatives of customary institutions (in particular those of the region of the 1878 Insurrection and of Canala), the representatives of the French State, as well as the provincial and communal elected representatives were gathered. Tributes were paid to Chief Ataï, as well as to all the Kanak and French victims of the conflict. 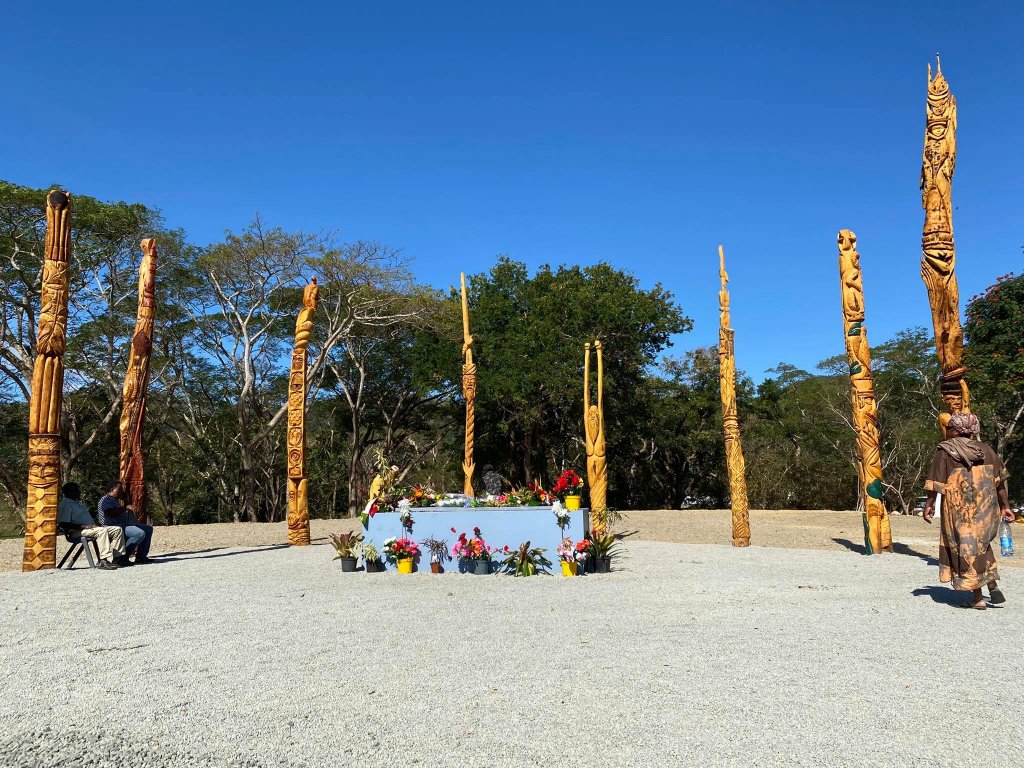 4 It should be noted that an account given in 1973 by Téâ Henri Wênêmuu, the great chief of the Poya district, collected by Alban Bensa, recounts Ataï's death in a way that is completely different from the written sources and from the version commonly accepted today: according to a Kanak tradition of conflict resolution, Ataï decided on his own death and asked his warriors to kill him ( MILLET M., BENSA A., WENEMUU T., 2013, 1878, Carnets de campagne en Nouvelle-Calédonie, Toulouse, Anacharsis pp. 9-12).

15 In the circumstances of the restitution of Māori heads belonging to national collections, France had proceeded to create a law, the so-called "Māori Heads Law" of 18 May 2010, to circumvent the principle of inalienability.