Fictions featuring the Oceanian world that manage to break into international cinemas can be counted on the fingers of the hand: among them, Niki Caro's beautiful The Whale Rider (which we discuss here) or Bentley Dean and Martin Butler's Tanna , to which today's article is dedicated.

Released in 2015, Tanna is envisioned by Dean and Butler as a co-creation between Australia, where they come from, and the Vanuatu archipelago, where the story takes place. While the technical aspects of the project - directing, sound recording, editing and promotion - are Australian, the directors worked closely with Ni-Vanuatu Jimmy Joseph Nako, who was appointed cultural director of the project, and Jacob Kapere, who works at the Vanuatu Kaljoral Center. The cast is made up entirely of people from the village of Yakel on the island of Tanna in Vanuatu and the dialogues are in the local languages - Nauvhal and Nafe - with English subtitles. The inhabitants of Yakel also decided of the film's theme, inspired by real events dating back to 1987.1 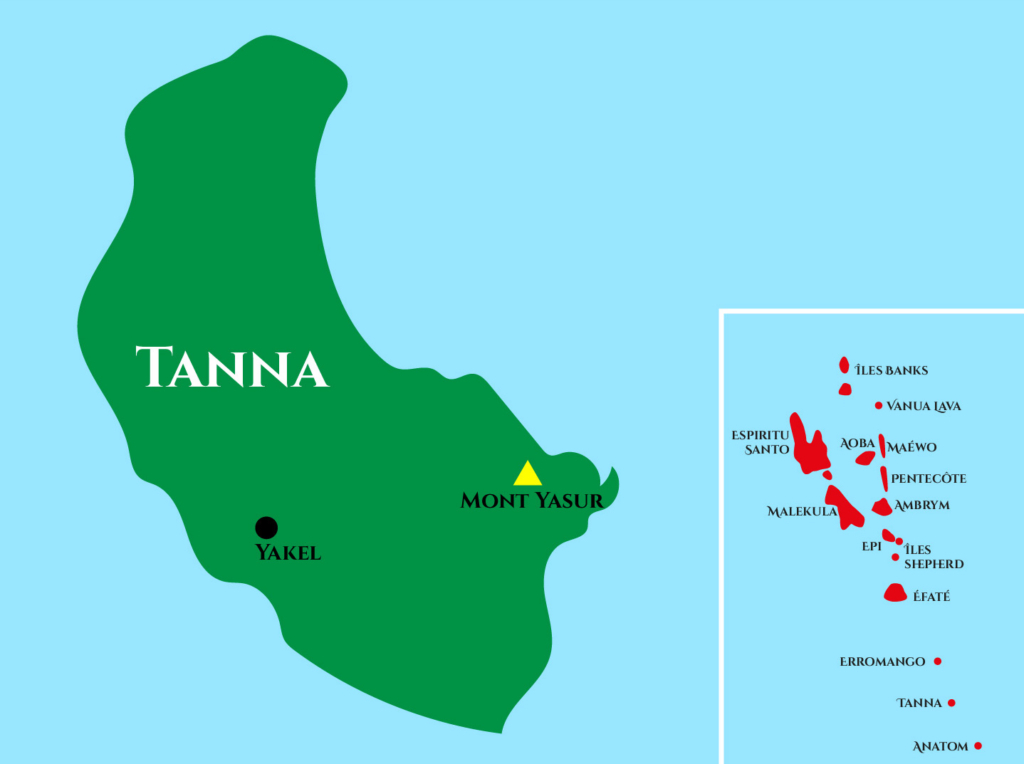 Often compared by critics to a Pacific version of "Romeo and Juliet", Tanna tells the story of the impossible love between Dain, a young man from Yakel, and Wawa, a young woman promised by the men of the village to an Imedin man - a neighbouring rival group - to seal a peace alliance. Refusing to submit to the obligation of an arranged marriage, Wawa and Dain flee the village on the eve of the wedding. The two lover's vain race ends the following night on the crater of the Yasur volcano, where they both choose death. 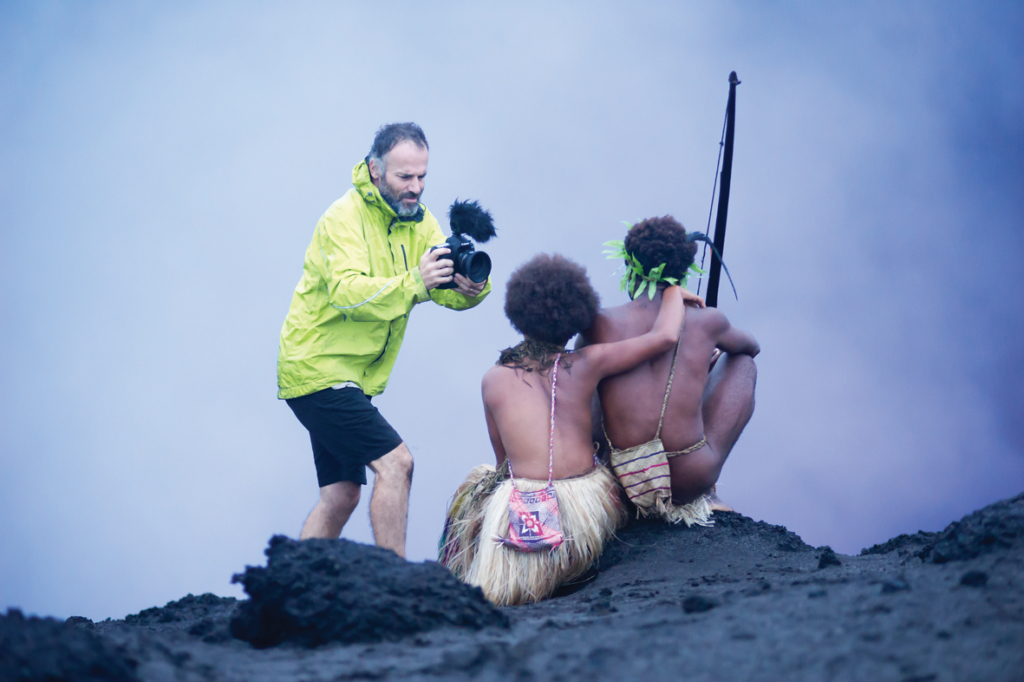 While the theme of impossible love is seen as universal by many commentators, the film is first and foremost about the notion of custom (kastom) - a set of laws introduced by usage and inherited from ancestors that govern community life - and its weight on individual life trajectories. It is the customary requirement of an arranged marriage that drives the couple to suicide. But it also highlights the possible renegociations of this custom, as the real-life events that inspired the film's story dating back to 1987, which led the people of Yakel to rethink custom to allow love marriages.

Inspired by the film Ten Canoes co-created by Rolf de Heer and the people of Ramingining (Arnhem Land, northern Australia) as discussed here, Dean and Butler assert their desire to blur the lines between documentary and fiction: the actors speak their language and evolve in their everyday environment. 2 However, according to anthropologist Lamont Lindstrom, Tanna conceals part of the reality of life in Yakel, such as the use of Bismala, a pidgin derived from English spoken throughout the archipelago, or the wearing of imported clothing. According to the researcher, these directorial choices contribute to reinforcing the exotic aspect of the film, serving both the romantic vision of the filmmakers and the economic interests of the villagers of Yakel who live largely from tourism.3 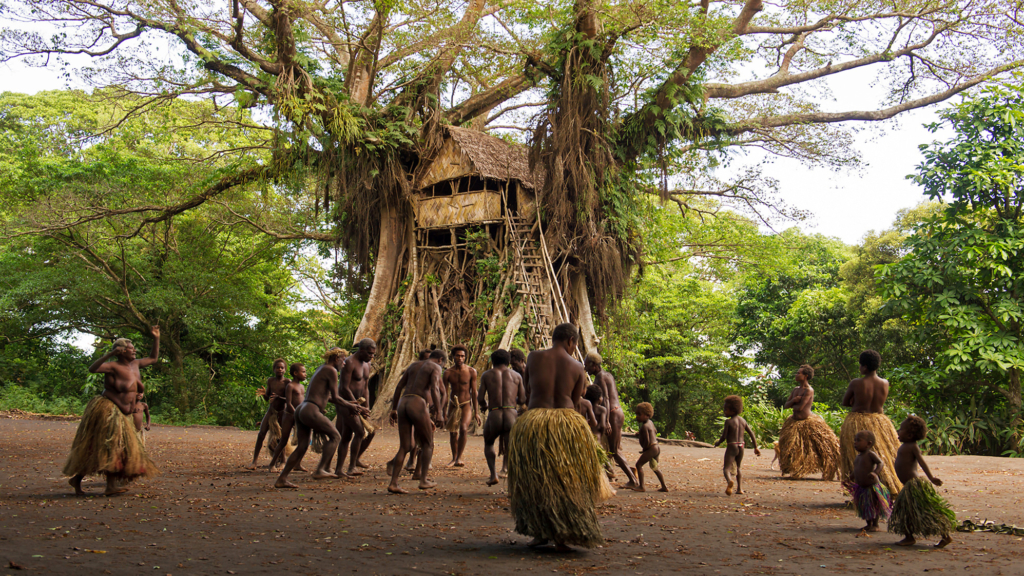 The village of Yakel (Tanna, Vanuatu) during the shooting of the film. © trigon-film.org

Despite Lindstrom's critisism of the film's ethnographic sincerity, Tanna was really well received by the public. The first screening for the people of Yakel attracted many people from the surrounding villages. The film then ran for six months at the Tann Ciné cinema in Port Vila, the capital of Vanuatu. Internationally, the film was selected for numerous festivals - including an Oscar nomination for Best Foreign Language Film in 2017 - and received several awards - including the Pietro Barzisa Audience Award at the 2015 Venice International Film Festival.4

Despite a narrative that sometimes lacks substance in my opinion - which can be partly explained by the co-creation of the script and the need for the filmmakers to try to meet the expectations of both the inhabitants of Yakel and international audience - I can only recommend Tanna, whether for the sincerity of the acting of its actors, who, it should be noted, are amateurs, or for its remarkable photography, highlighting the exceptional landscapes of the island. 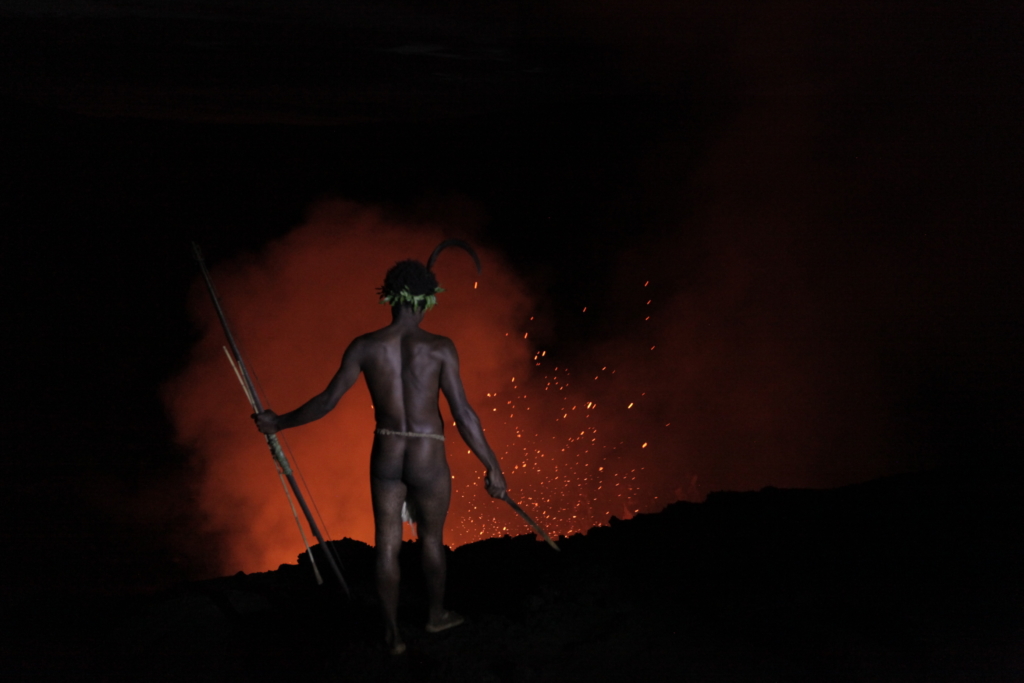 I of course welcome this Oceanian presence in the international cinema landscape, but also the important work of mediation undertaken by the film's team in order to allow the international spectator to apprehend a cultural context different from the one usually put forward by mainstream cinema. Indeed, the escape of the two lovers occurs in the second half of the film, the first part focusing more on the life of the village rather than on the love story between the main characters. While this first part explains the series of events that led to the departure of Dain and Wawa, it is also the occasion to highlight certain moments that structure the life of the village and the existence of the protagonists. The spectator thus attends the preparation and the initiation ceremony of the young Wawa who leaves childhood to become an adult woman. This is followed by an attack on the village shaman by Imedin man, an opportunity for the team to stage the villagers' reaction to this attack: while women watch over wounded shaman, men discuss how to react to this attack. The social organisation depicted at multiple occasions during the film reflect the gendered functioning of the group, i.e. a functioning in which men and women occupy different social functions and carry out different tasks. Other scenes which at first sight might appear more anecdotal, give a glimpse of the protagonists' relationship to their environment, divided between accessible and taboo spaces, i.e. subject to access restrictions. This is notably the case when Selin, Wawa's little sister, enters a taboo space in the forest where Yakel's men have died. I can also think of a scene in which Dain reinvests the abandoned garden of his dead parents. Finally, it is amusing to observe the reference made by the village shaman to the couple formed by Queen Elizabeth II and Prince Philip to justify to Wawa the success of arranged marriages. This reference must be linked to the cult of Prince Philip on Tanna Island (see article here).

In short, a beautiful film to relish and/or deconstruct without moderation, which I strongly recommend for your autumn evenings.